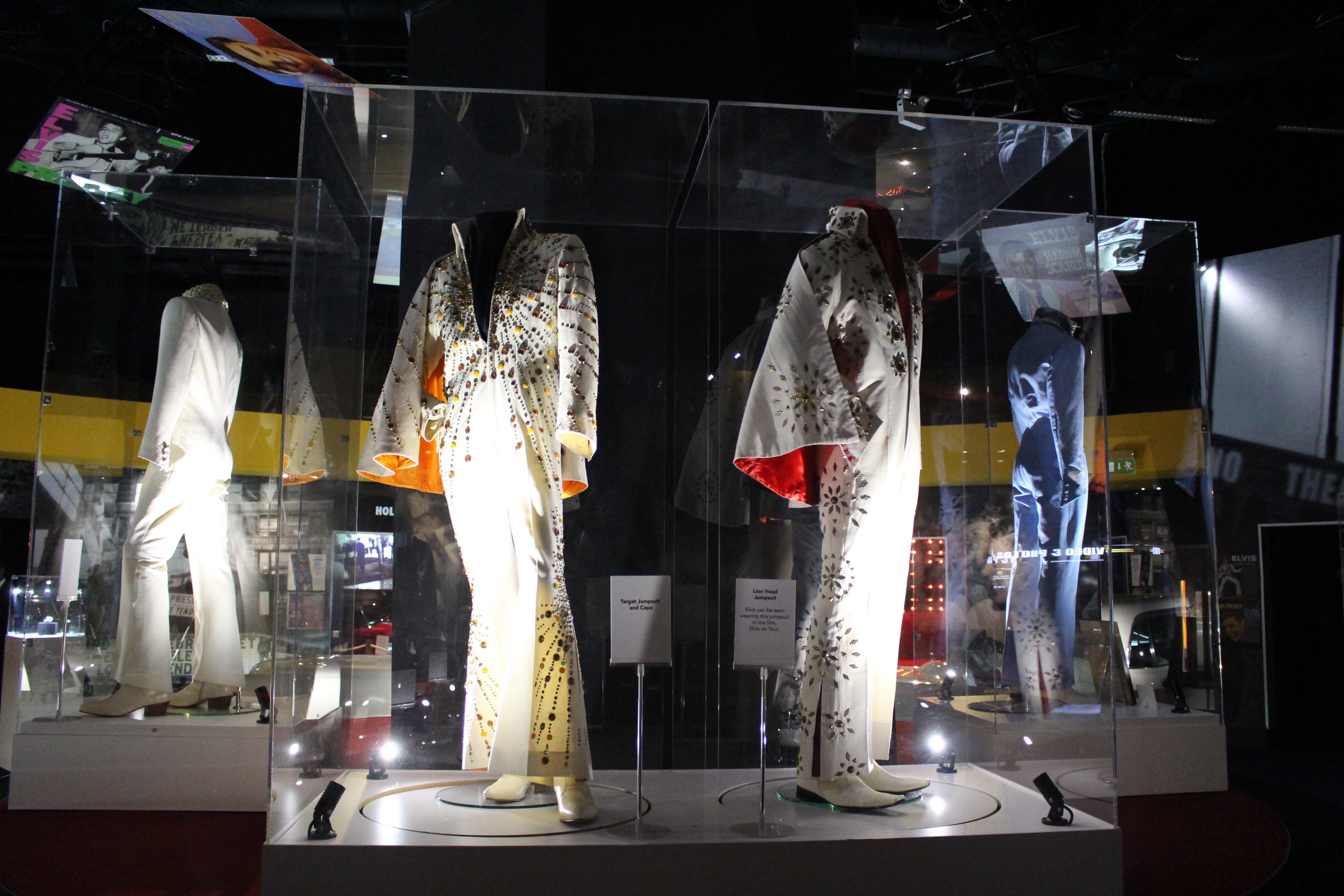 He was a bit before my time, but of course I know about The King! Elvis Presley is one of the most iconic musicians ever and I would recognize those suits anywhere. What is amazing about Elvis is how he works his way into our lives, even though we do not go out and seek him. Despite never having bought one of his CDs (up until my visit to the Elvis at the O2 exhibition), I knew his music well enough to sing one or two of his songs at karaoke!

While I was visiting the Hyper Japan festival at the O2 in London, there he was. Billed as the “largest retrospective ever displayed in Europe”, the Elvis at the O2 exhibition had brought many items from the Graceland collection to London. I would not have gone all the way to Graceland, but since Elvis came to me I went and had a look. In doing so, I became the inversion of the arcetypal contents tourist: rather than being a fan who traveled to further an interest in Elvis, I was someone whose interest in Elvis was furthered by some opportunistic tourism.

Such motivational differences are particularly important for people who calculate the economic impacts of contents tourism. To learn how much tourism is induced by engagement with contents, one needs not only to ask the motivations of tourists but also make a decision about what kind of motivation counts as “contents tourism”. This methodological difficulty is a key reason why a satisfactory way of calculating economic impacts has yet to be agreed upon.