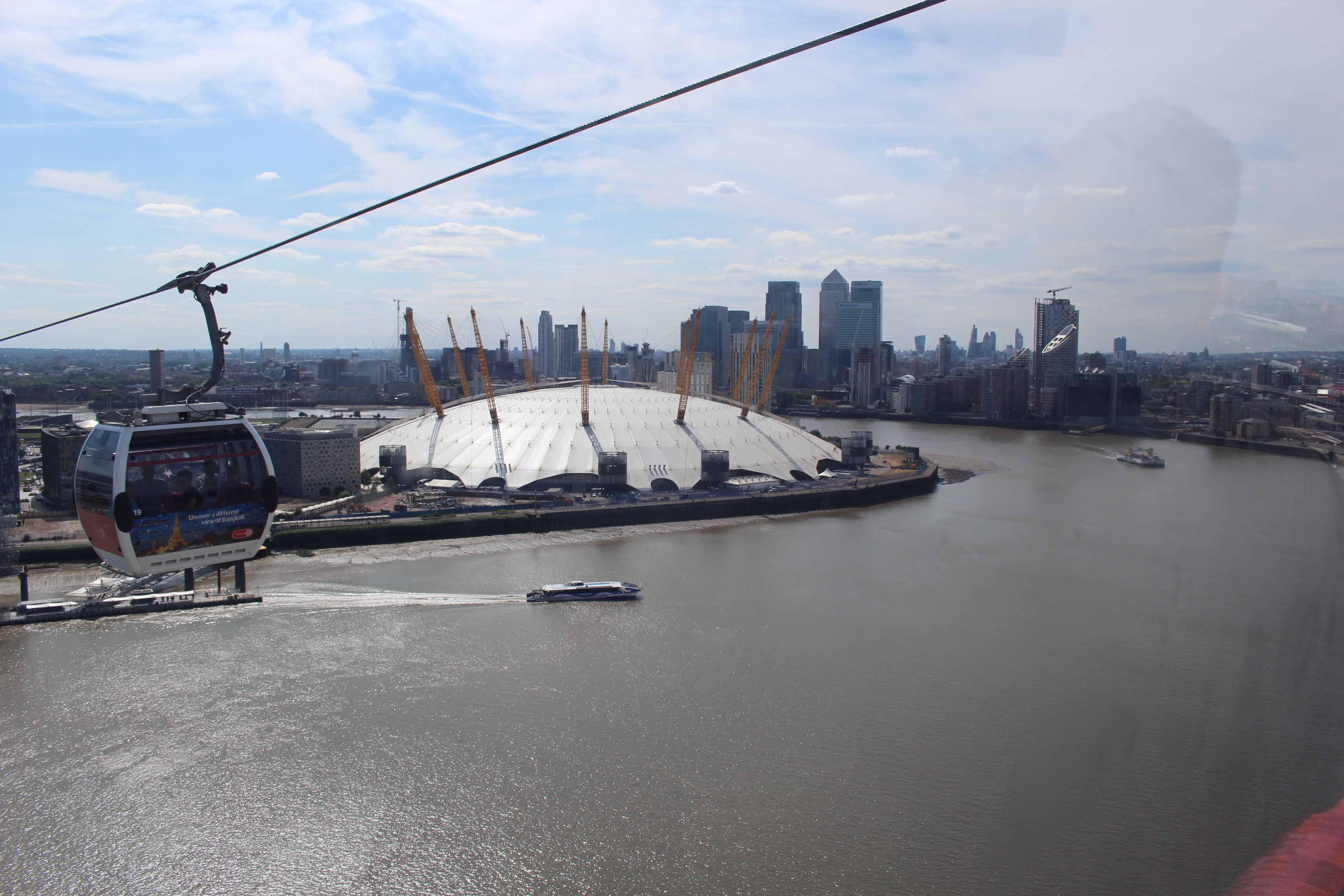 This is the O2, one of the iconic landmarks of London. It was built as the Millenium Dome and completed in 1999. In July 2015 it was the venue for Hyper Japan, the UK’s largest event celebrating Japanese pop culture. I spent three days in or near the O2. The main aim was to visit Hyper Japan, but the longer I stayed the more I learned about the O2 as a “complex site” of contents tourism. Not only did it host Hyper Japan, there was also an exhibition about Elvis Presley. I also had vague recollections of the Millenium Dome being used as the backdrop for a scene in a James Bond movie. Sure enough, when I checked it out I found a chase scene from the beginning of The World is Not Enough (1999) had been filmed on the River Thames in front of the Dome and Bond (Piers Brosnan) had fallen from a burning hot air balloon down onto the roof of the Dome.

In one site, therefore, I had attended an event which I had traveled all the way from Japan to see, entered an exhibition I did not know about in advance but paid to enter because the opportunity was there, and had memories of a Bond film I had seen many years before triggered by just happening to be at the filming location. All were “contents tourism”, but very different in nature. There is nothing quite like actually doing contents tourism oneself in a complex site like the O2 for thinking about what contents tourism is and what it means to the people who become contents tourists.