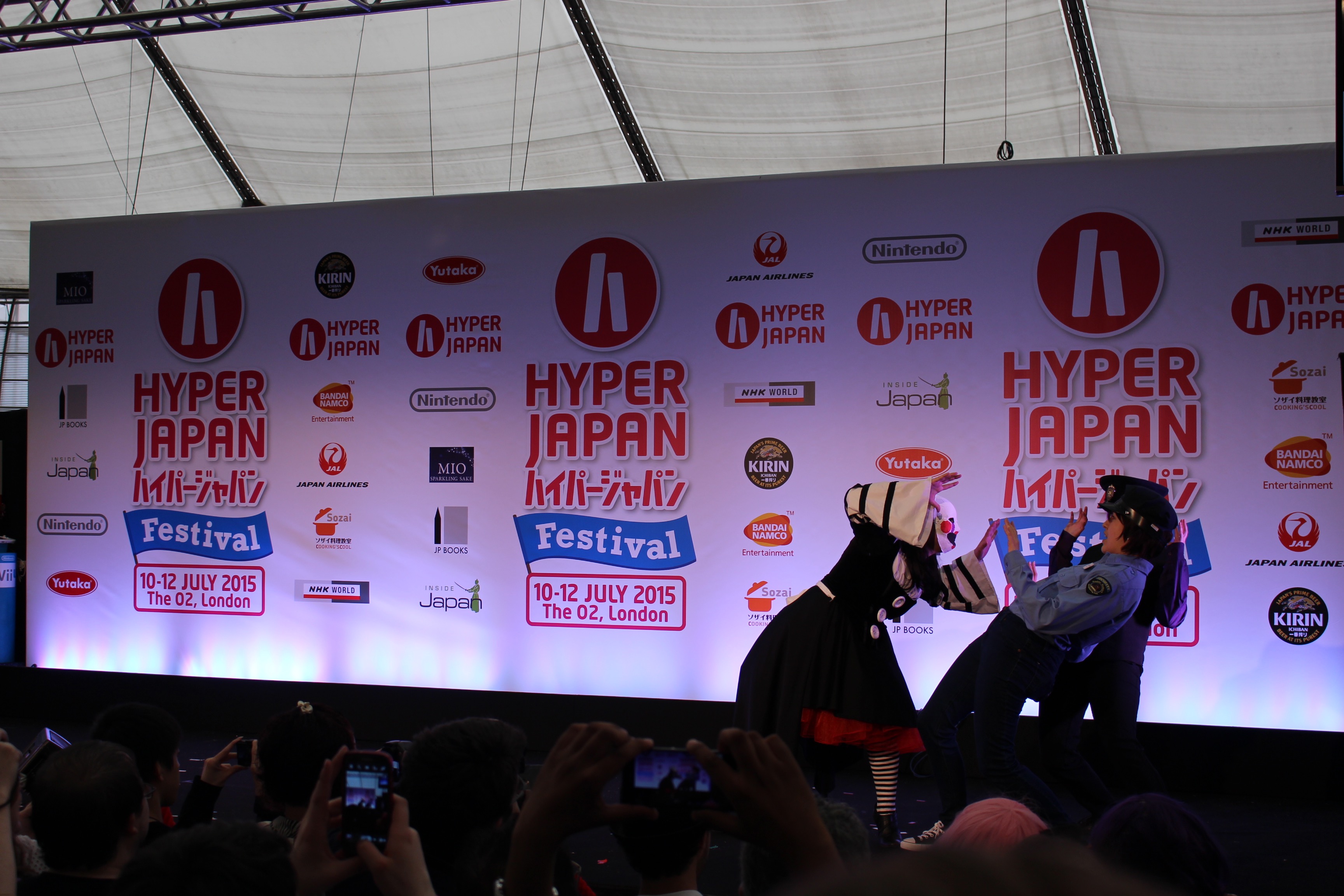 Going to two events in three weeks at which there were many cosplayers (the Toyako Manga Anime Festa in Hokkaido, 27-28 June, and Hyper Japan in London, 10-12 July) has been a good chance to see how cosplay etiquette can differ from country to country. I noticed three particular differences in cosplay rules between Toyako and London.

1) In Toyako, all the cosplayers brought their costumes to the venue and changed on site. In London, there were no changing rooms at the O2 (no available space, according to one organizer I spoke to). Cosplayers could be seen traveling to and from the venue on the underground in costume.

3) At the closing ceremony in Toyako, there were repeated anouncements that photographs of the cosplayers should not be uploaded to the internet. There were no such announcements in London, and at the CosParade, the cosplayers posed for the cameras in a kind of fashion show.

Cosplay culture might have originated in Japan, but seeing cosplay in London reminded me how any culture can evolve, sometimes subtly and sometimes more obviously, to fit local conditions when it is exported.