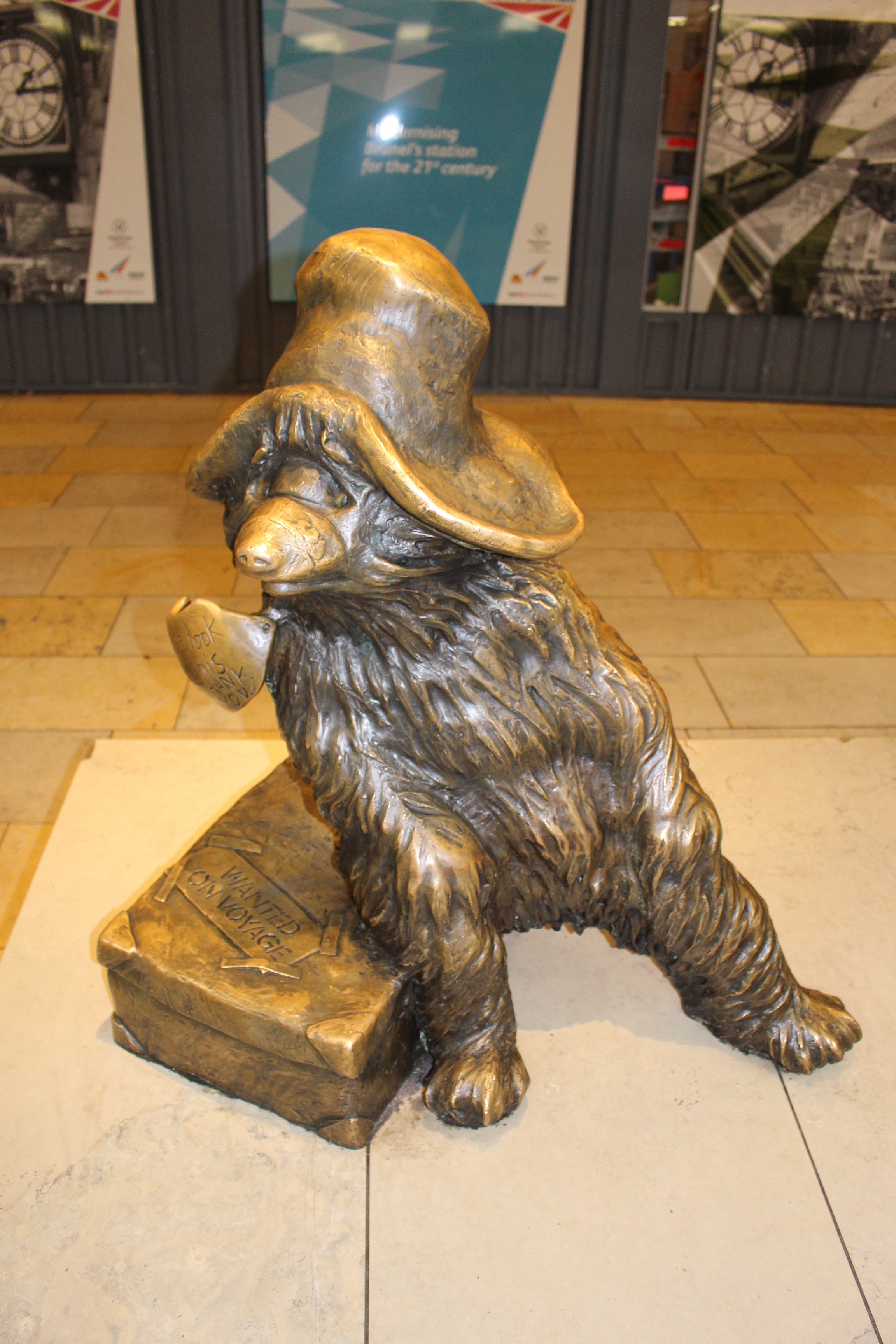 While waiting at Paddington Station in London for a train out to the city of Bath in the west of England, I made a quick detour to the monument to Paddington bear on Platform 1. Paddington, of course, had arrived from “darkest Peru” with a suitcase, some marmalade and a sign around his neck saying “Please look after this bear.” He was found all alone at Paddington Station by the Brown family, who took him into their home and looked after him.

I watched Paddington on TV as a little boy. In each short episode, Paddington gets into some kind of trouble and has to be helped out by his new family, the Browns. More recently, Paddington has been made into a film (in 2013). There was a plaque saying that the station had been used as a location for the film. Nearby there was also The Paddington Shop, which sells only Paddington goods.