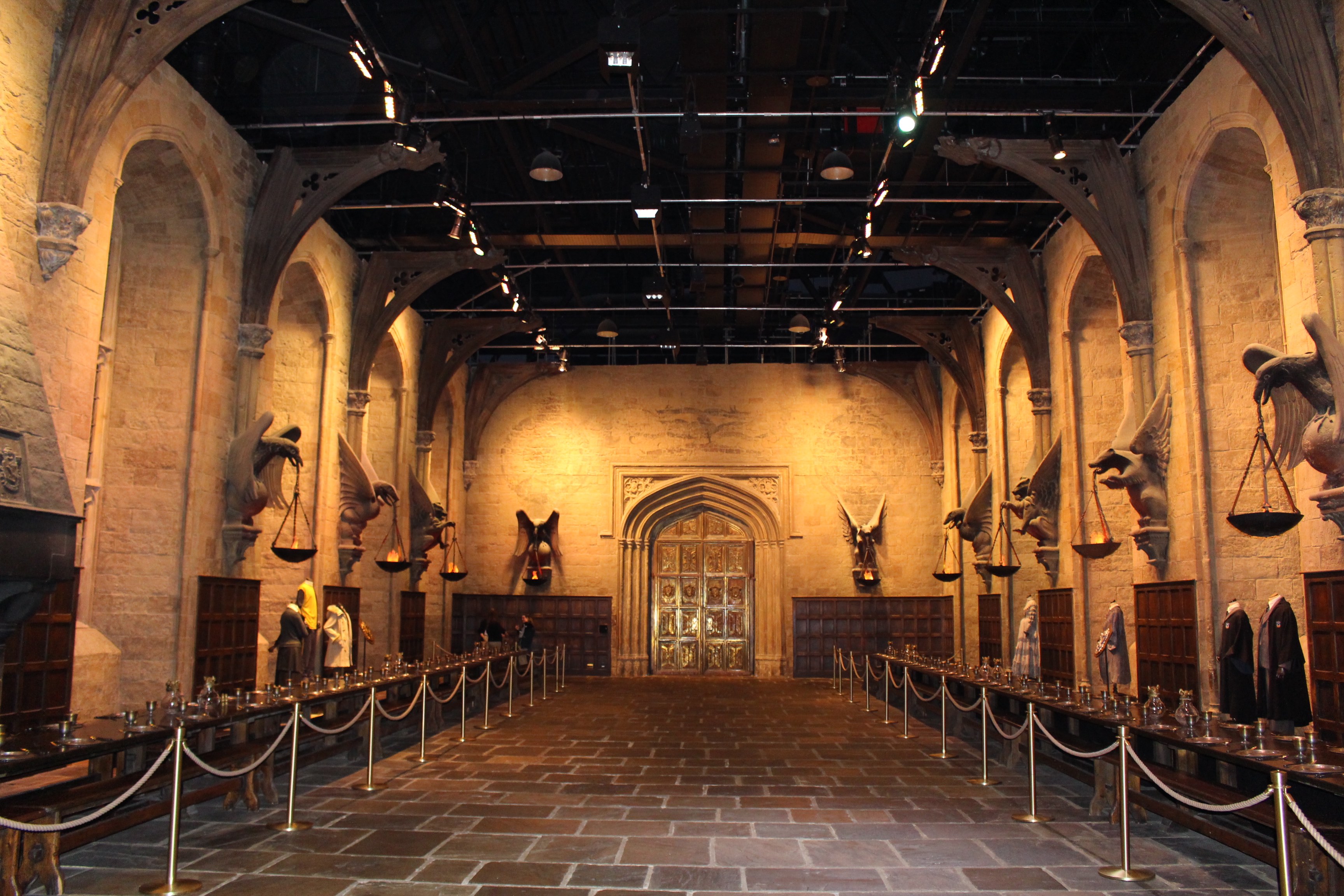 I love Harry Potter. I don’t think it’s “children’s fiction”. It’s fiction that doesn’t require adult content (sex, violence, bad language) in order to appeal to all ages. Having read all the books and watched all the films, what sticks out for me is the number of real world topics it tackles in the context of a magical adventure story: discrimination, bullying, fake news, good vs evil, and academic freedom among others.

Most importantly, of course, there is a magical Harry Potter world created by JK Rowling which has captured the imagination of millions. There were various places described in the books that fans might want to visit, but the film series has also created a set of filming locations for fans to go to. So, there is a real mix of literary tourism and film-induced tourism. Easiest to just call it contents tourism.

This first postcard is from the main filming location: the Warner Brothers studio in Leavesden just north of London. You can go into the great hall of Hogwarts and see countless props and sets used during the filming. It is unusual for sets to survive as tourist sites in this way. But, that is the power and magic of Harry, and it’s fascinating seeing the amazing (magical?) techniques used to bring the Harry’s world to the screen!