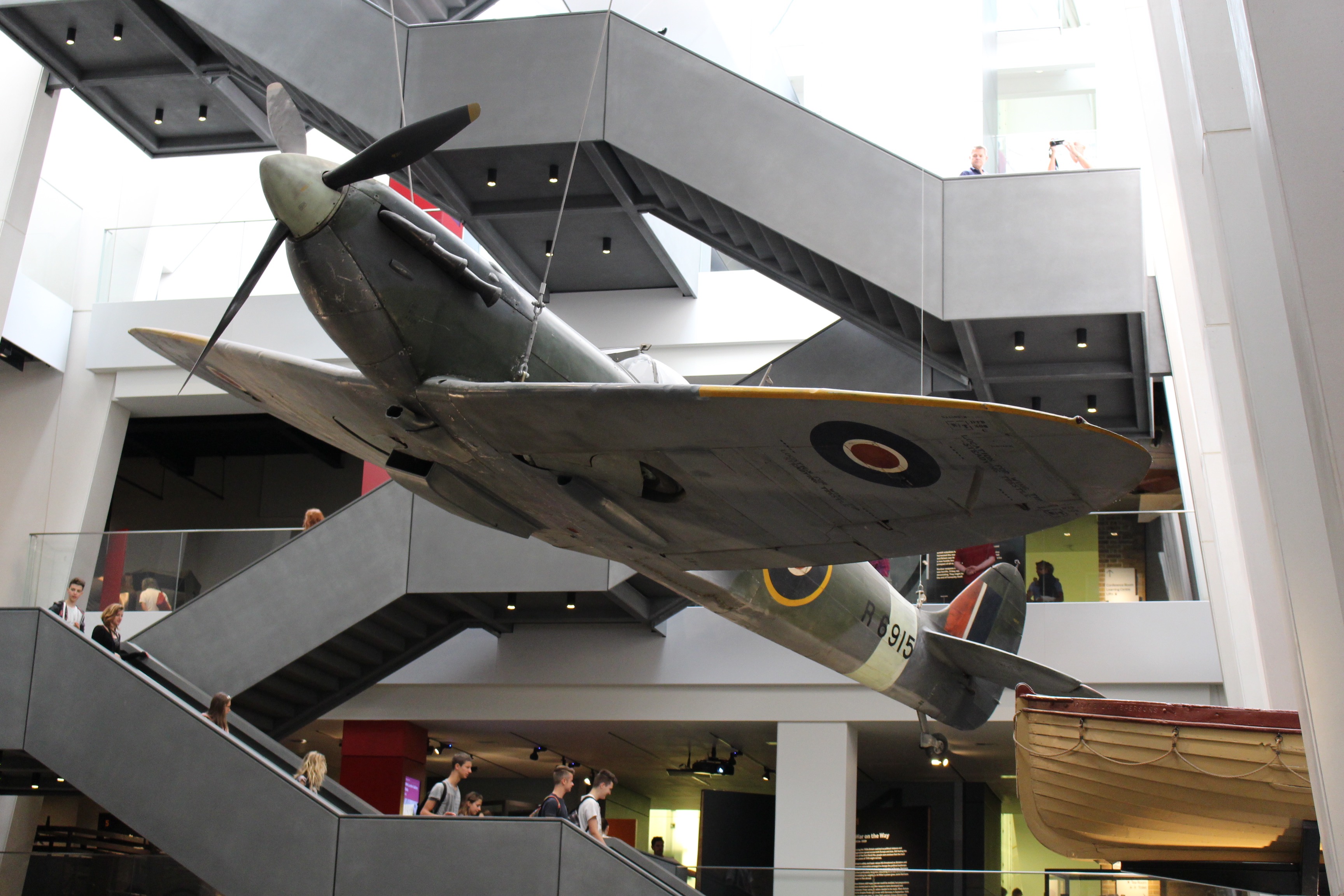 Since long before I started researching contents tourism I have been researching war history. One of the main reasons that I became interested in war history was that I enjoyed watching war films as a kid. I watched films like The Dam Busters and Where Eagles Dare many times. That childhood interest, combined with an interest in Japan that I gained through living and working here, was the real starting point of my academic career.

I visited the recently-refurbished exhibits at the Imperial War Museum (IWM) in London and saw this Spitfire. The IWM exhibits about World War II are more limited than they used to be, but just the very familiar shape of this aeroplane was enough to trigger memories of those films I watched as a child (and still watch sometimes!).

I think it would be hard to call my visit to the IWM “contents tourism”. There was not a particular film or work that triggered my visit to IWM that day. I just wanted to keep abreast of how World War II history is narrated in the UK as part of my work as a researcher of war history and memories. But having flown back to the UK from Japan and having visited a place because of an interest developed largely through watching films, there certainly was a contents tourism element to it.

As a research team, we often ask ourselves what is and what is not contents tourism? My trip to IWM certainly gave me much food for thought.