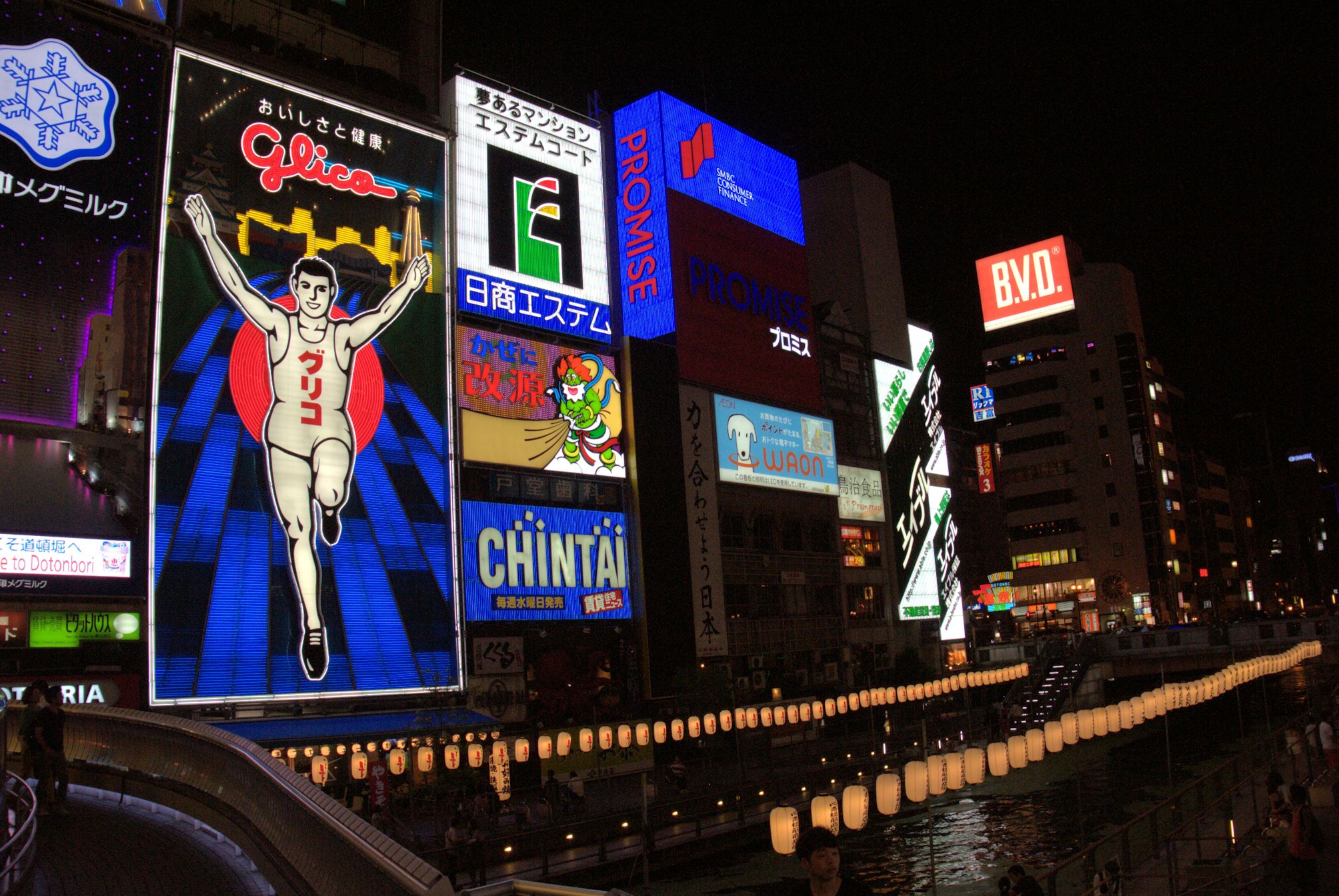 The 1989 Ridley Scott movie Black Rain was set part in the USA and part in Japan. Most of the scenes in Japan were filmed in and around Ōsaka and Kōbe. The most easily accessible of the Japanese sites are those around Dōtonbori in Ōsaka. This area is well known for its night life and the bright lights. It is this area where the main characters go for some evening entertainment themselves, but on the empty Dōtonbori itself, one of them gets involved in a confrontation which leads to a chase through the streets and ultimately sees him losing his head.