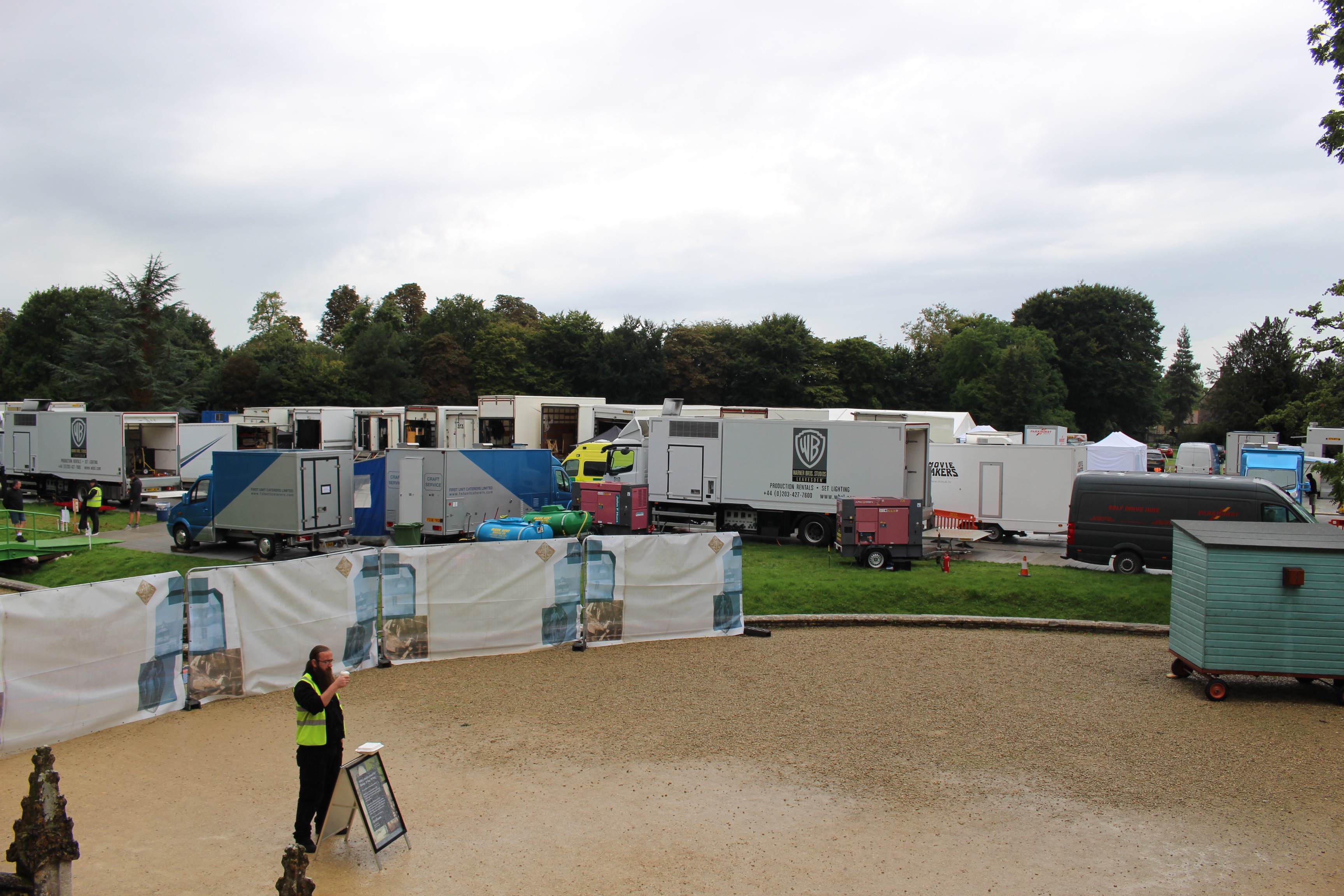 There are many scenes in Hogwarts that were shot not in studios but at historical buildings around the UK. One of those buildings is Lacock Abbey in Wiltshire. Scenes were shot in the cloisters there, and another room became Professor Snape’s potions classroom. Lacock is a small rural village that has become very well known as a filming location. It has also been used for the period dramas Pride and Prejudice, Cranford, Downton Abbey and many others. It is a must for any Harry Potter fan, but on the day I went I could not get into the cloisters because … it was being used for filming. There were security guards making sure that no tourists accidentally strayed into the filming areas, and large WB signs on the trucks. Let’s just say that nobody believed the film being shot was the fake sounding film title that staff had been told to tell tourists who asked! I was disappointed not to get into the place where Harry Potter was shot, but if the locations are going to be off-limits then it might as well be because I stumbled upon a film crew in action. I know which film I will be watching out for in the next year or so … Oh, but for HP fans, there was also the house where Professor Slughorn was hiding in Harry Potter and the Half-Blood Prince.