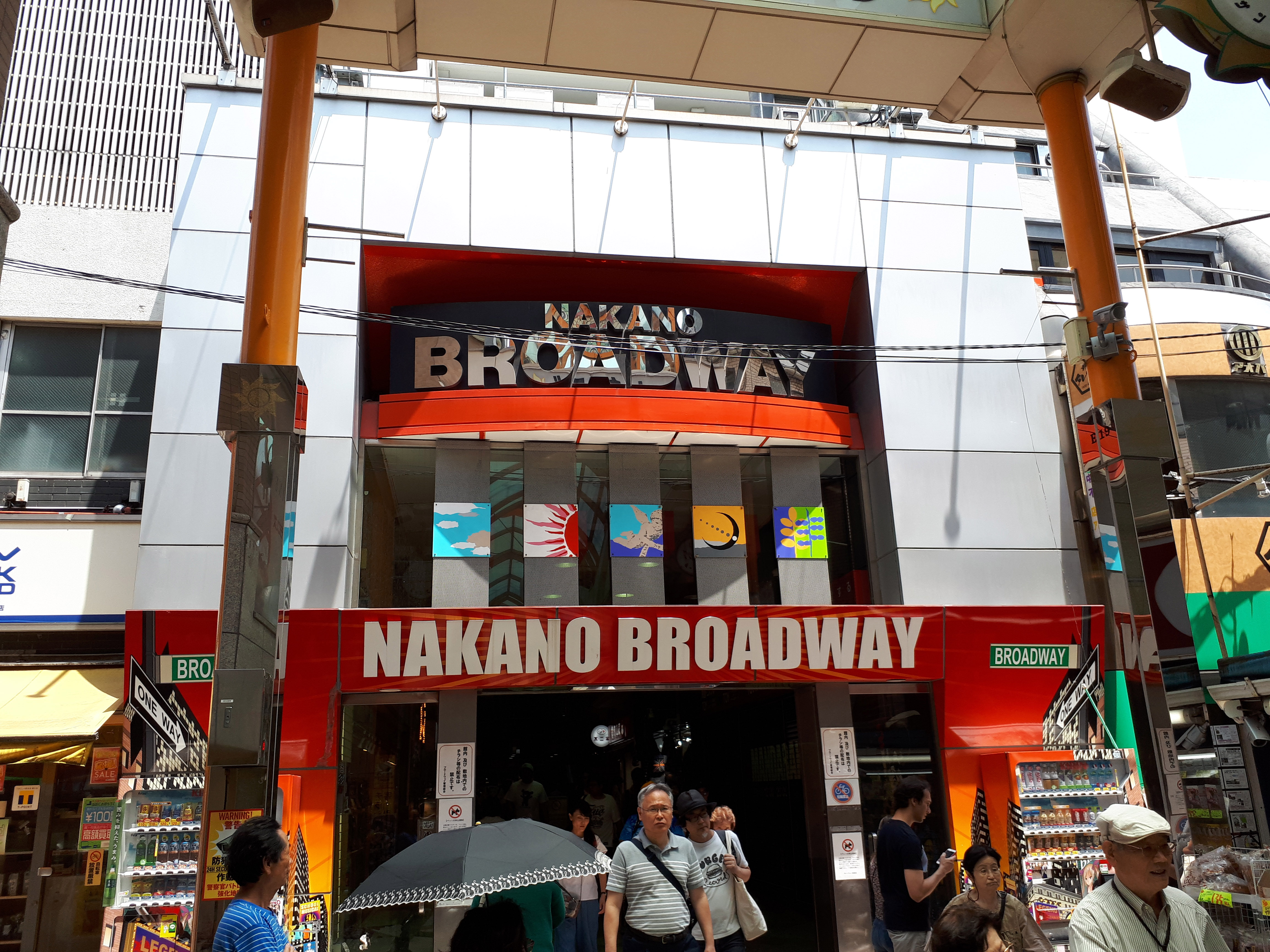 In the end the trip was not as expected & was a bit disappointing.
Nakano Broadway is not a single shop – it’s more like a mini-shopping centre; very similar to those found in Hong Kong in style. There are many types of shops in there, not just manga & anime.
But most surprising was that the majority of the manga/anime shops (and particularly the main ones) did not open until midday. Unfortunately I was there at 11:00 and could not stay until 12:00. I’ve not come across shops with such late opening hours in Japan before – usually they open at 10:00 or are 24 hours.
The late opening hour impacted the observations I could do, though the opening hour was an interesting observation in itself & made me think about why this time is used. Despite being an hour before opening, some people, most middle-aged men, were waiting outside a few shops. As for the manga/anime shops which were open, they were pretty much as expected in terms of what they were selling. There were only a few customers around and were as expected – though nobody in cos-play & nobody from the Symposium other than me.