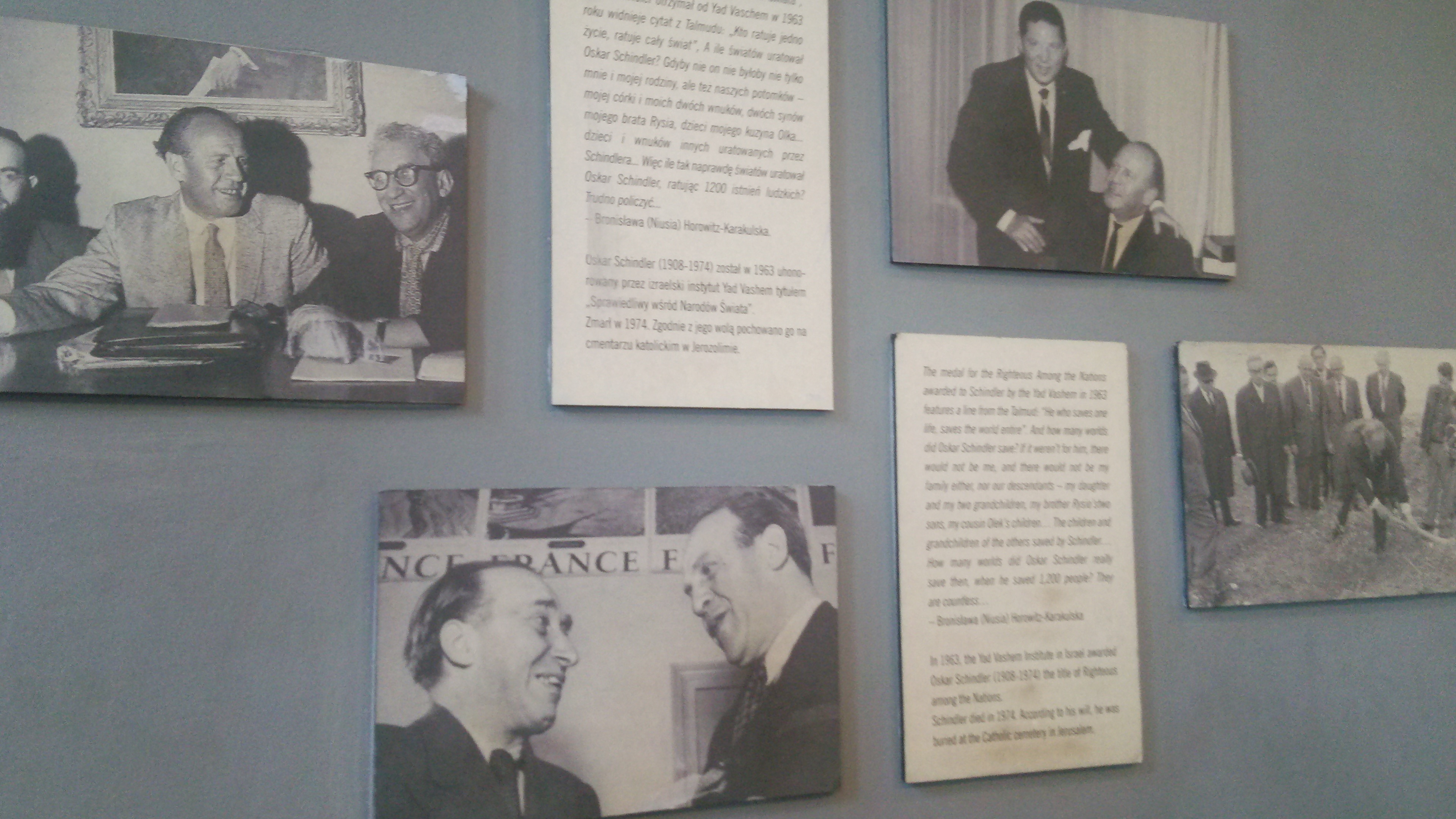 This September I visited Oskar Schindler’s Factory in Krakow, Poland. The museum is located in the former administrative building of Schindler’s Enamel Factory – a place where more than 1200 Jewish labourers were saved from death in concentration camps.
The story of German industrialist Oskar Schindler, who was rewarded in 1963 as Righteous Among the Nations, and his efforts to save his Jewish workers was popularised by the 1982 Thomas Kenneally historical novel Schindler’s Ark and the highly successful and critically-acclaimed 1993 Steven Spielberg movie Schindler’s List. Those, however, who visit the museum encouraged by these works and with a specific goal of learning more about Schindler may be rather disappointed.
Despite its name, the museum does not focus on Schindler’s life and wartime activities. Only two rooms are dedicated to these topics. They contain an overview of the factory, testimonies of factory workers and brief biographical information about Schindler in a reconstruction of Schindler’s office. Other than that visitors can enjoy a movie-themed coffee shop (the only place referring to the movie) and purchase goods in the museum shop, like magnets and bookmarks with Schindler’s picture.
What the museum provides is a very broad and detailed view of Krakow’s war history, from the summer of 1939 until the arrival of the Soviet army in January 1945. The museum covers military actions, the lives of Polish and Jewish civilians, and the history of the ghetto and concentration camps. While the museum may disappoint those hoping for a deeper portrayal of Schindler, it gives a superb view into Krakow’s war history. And in the sections devoted to Schindler, it gives only facts, without trying to explain his motives. That may be the best way – when leaving the museum the visitor can repeat the testimonies of factory workers: ”Why he did it? We don’t know…”