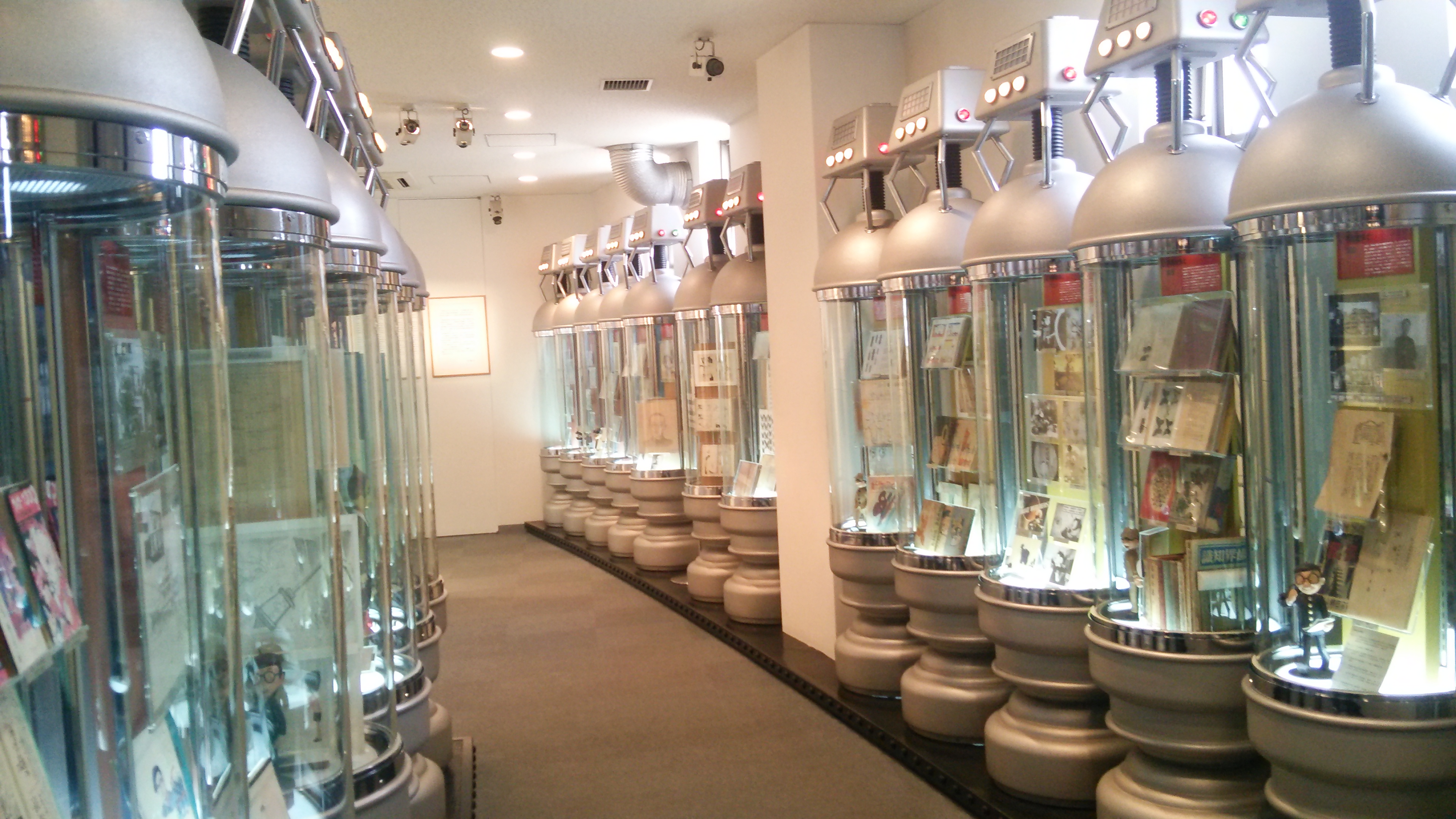 While doing war memory related fieldwork in Osaka in May this year, I had a chance to visit the Osamu Tezuka Manga Museum in the nearby city of Takarazuka. Tezuka is one of the best known manga artists in the history of Japanese comic books and has been called called “the god of manga”. He grew up in Takarazuka, where he started drawing while still a primary school student.
The museum is located in a small building with a statue of Phoenix standing by the entrance. The entrance hall itself is an invitation to Tezuka’s world – statues of characters from his works look at visitors from the floor and from the ceiling. The whole museum was designed in this comic-book style. Exhibitions presenting Tezuka’s life and career are enclosed in futuristic glass capsules. Kimba the White Lion is guarding the stairs, and even the museum’s restaurant looks like a jungle full of animals. The museum provides an overview of Tezuka’s life and art. Viewers can watch an animation inspired by his work in a small theatre and learn about creating cartoons – a workshop clearly targeting children.
The colourful, fairy-tale-style museum surely is a great attraction for children, but also for any person interested in Tezuka and his huge role in creating present-day manga culture.