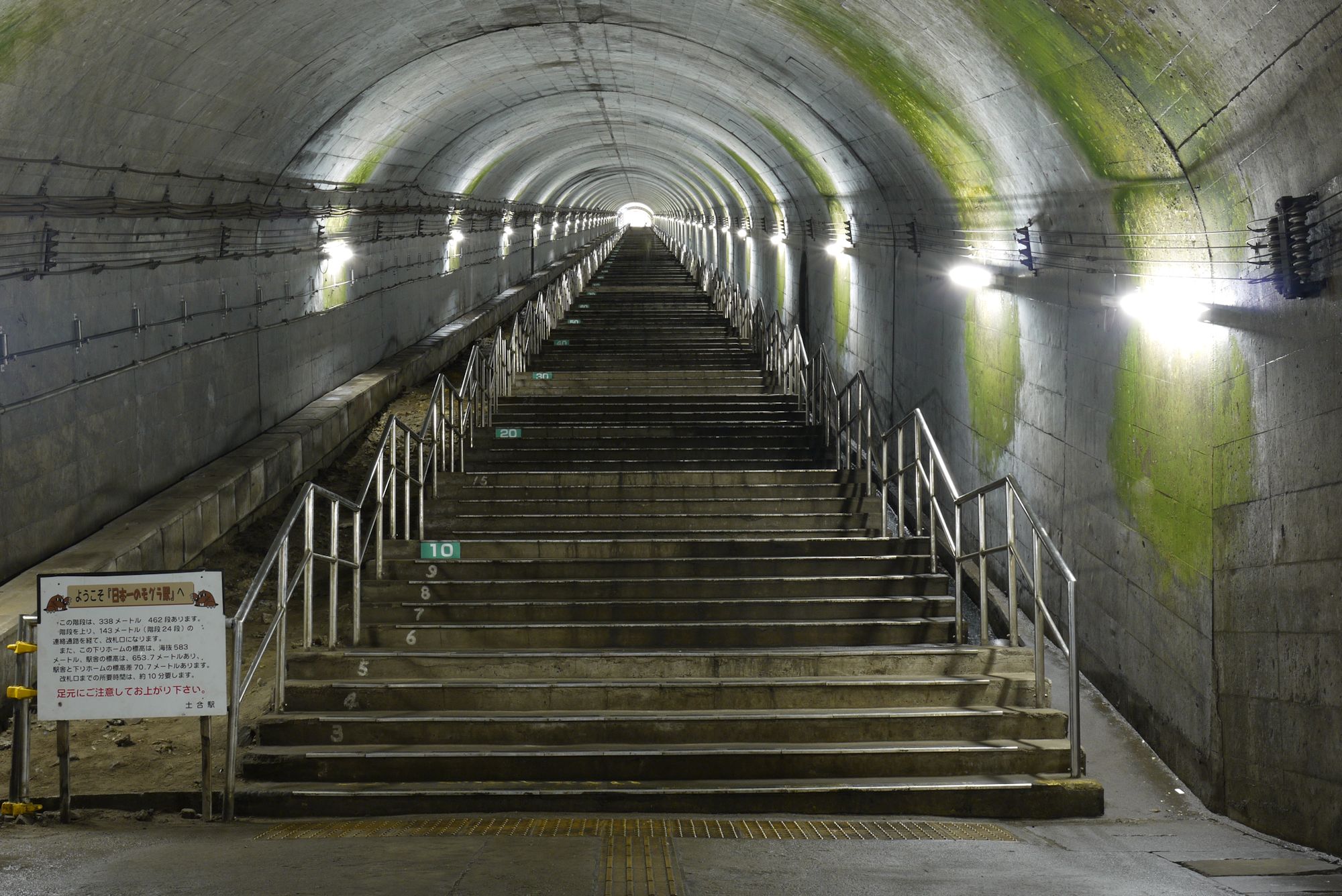 Doai Station on the Jōetsu Mainline was used for scenes in both the 2005 NHK dramatization of Kuraimāzu Hai (‘Climber’s High’) and the 2008 movie of the same name. The most well-known feature of this station are the 486 steps that link one of the platforms to ground level. These steps take 338m in total. Other than one bench about half-way up, the only other support are the barriers on either side of the staircase which are there as much to stop you from slipping into the water chutes that take rain water down to the lower levels where it disappears into the rocks. Even on a dry day the sound of the water is one of the notable features as you climb, whereas it is almost deafening on a rainy day. Dampness is everywhere and around the strip lights, moss grows on the tunnel walls.