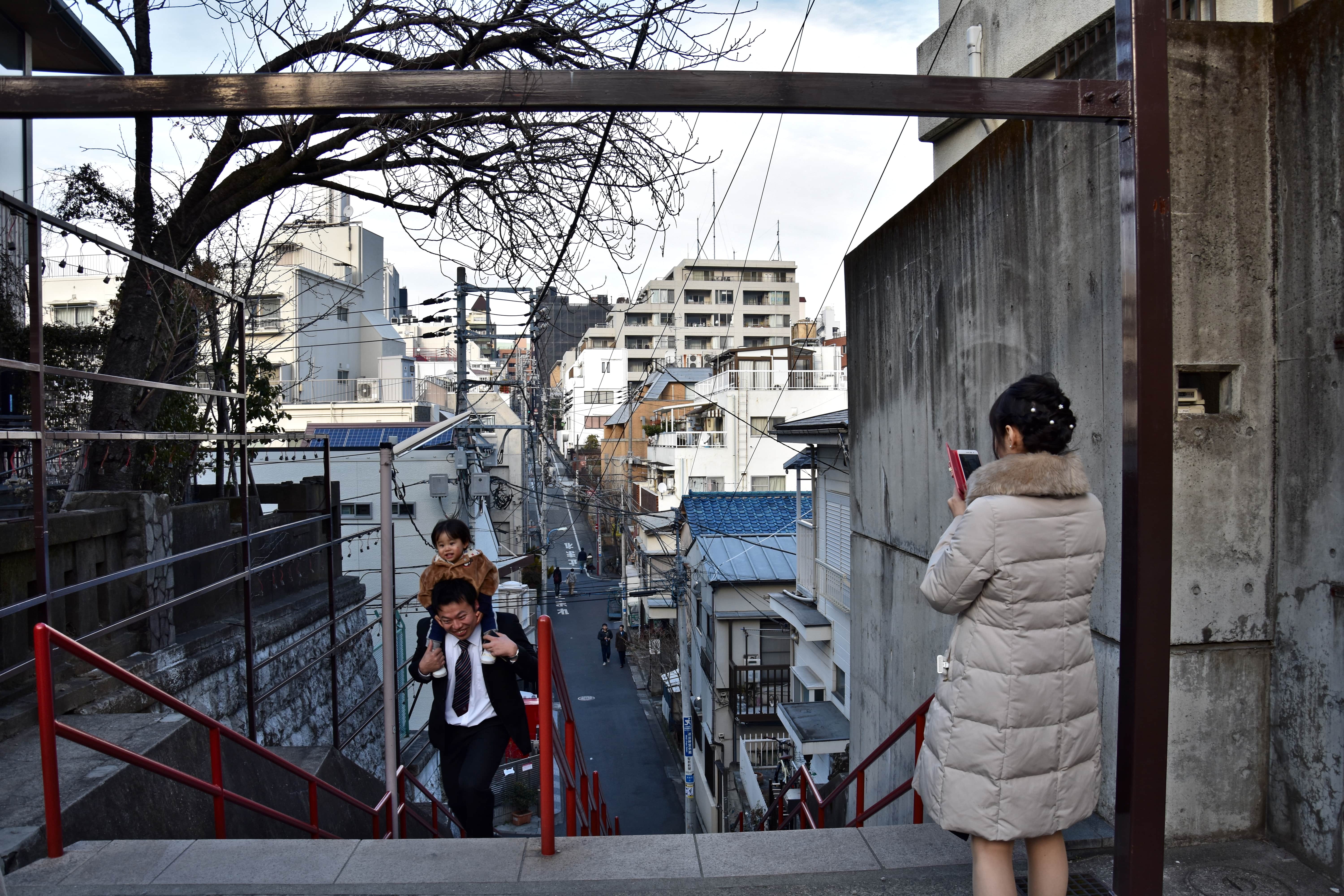 During my first solo Japan trip, I ended my travel in the north with a week in Tôkyô. I had already watched a few videos and articles about the real places of the movie Kimi no Na wa. While doing some research, I came across a site that listed them accurately. Already knowing the “must see” places of the capital, I liked the idea of embarking myself on a small urban pilgrimage. After placing some landmarks on an app, I brought my camera, a warm sweatshirt (it was February) and I took Chuo Line to Yotsuya Station, the first step. Arriving at site, I recognized the movie shot, and I was amazed at the reproduction fidelity of Makoto Shinkai. After walking through Shinjuku by the avenue of the same name, I entered the quiet residential area where the final objective of the walk was. It is even very likely that this place is the one targeted by the rare non-residents of the district when they cross it: the famous stairs, final meeting place of the two protagonists. My assumptions were confirmed when I got there. About twenty people took turns going up the stairs, each wanting their photo reproducing the closing scene of the film. These visitors, mostly Japanese, delighted at the shrine at the top of the stairs. Those visitors going there after their visit, prompted me to do some deeper research on this (my geography studies rubbing off on my visits). Thanks to this 2016 animation movie, this little neighborhood shrine has developed some products (Omamori, Ema, etc.) by linking them with this film. It has certainly become an essential part of the pilgrimage as well, without appearing in the film.