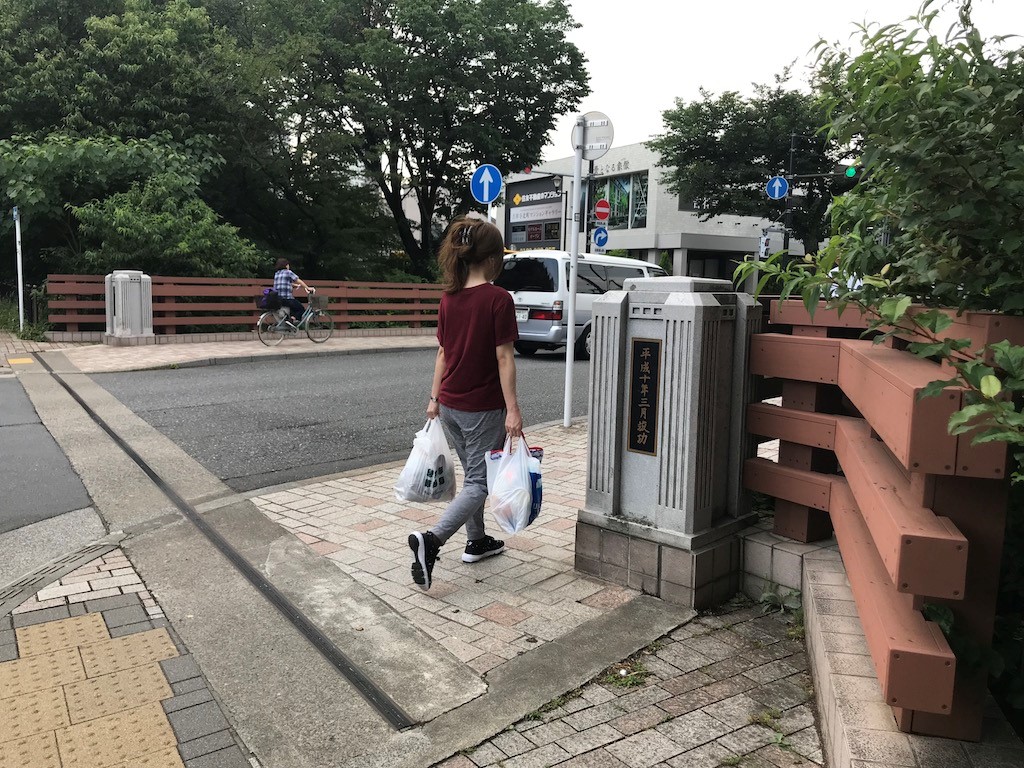 Since the conference is held in Musashino area, and I also stay in a hotel nearby, I wanted to know who lived and wrote about this area. Dazai Osamu (太宰治) catched my attention. His life was not a normal one, full of struggles with himself and with the society. He committed suicide several times, and finally succeeded before he turned forty. He lived his final period in this area, several places appeared in his novels, and he ended his life here.
I went to visit his tomb first, which is located in Zenrinji Temple. This location was chosen according to his own will. Once he wrote about visiting the tomb of another famous writer, Mori Ougai (森鴎外), saying “How admirably quiet and calm to be buried here!” Now, his tomb is placed just several steps away from Mori’s, so near that they can always talk with each other easily.
Then I visited the Murasaki Bridge on the Tamagawa Jyousui river. Dazai is said to have ended his life here, by jumping into the river together with his lover. The bridge has been reconstructed. I try to imagine the accident. The river is not wide and deep. There must have been a flood at that time. When I took the photo, there happened to be a woman walking by after shopping (above photo). It won’t be real, but in my mind, it was Dazai’s lover, and Dazai is still at home, waiting for her to come back, for the dinner.