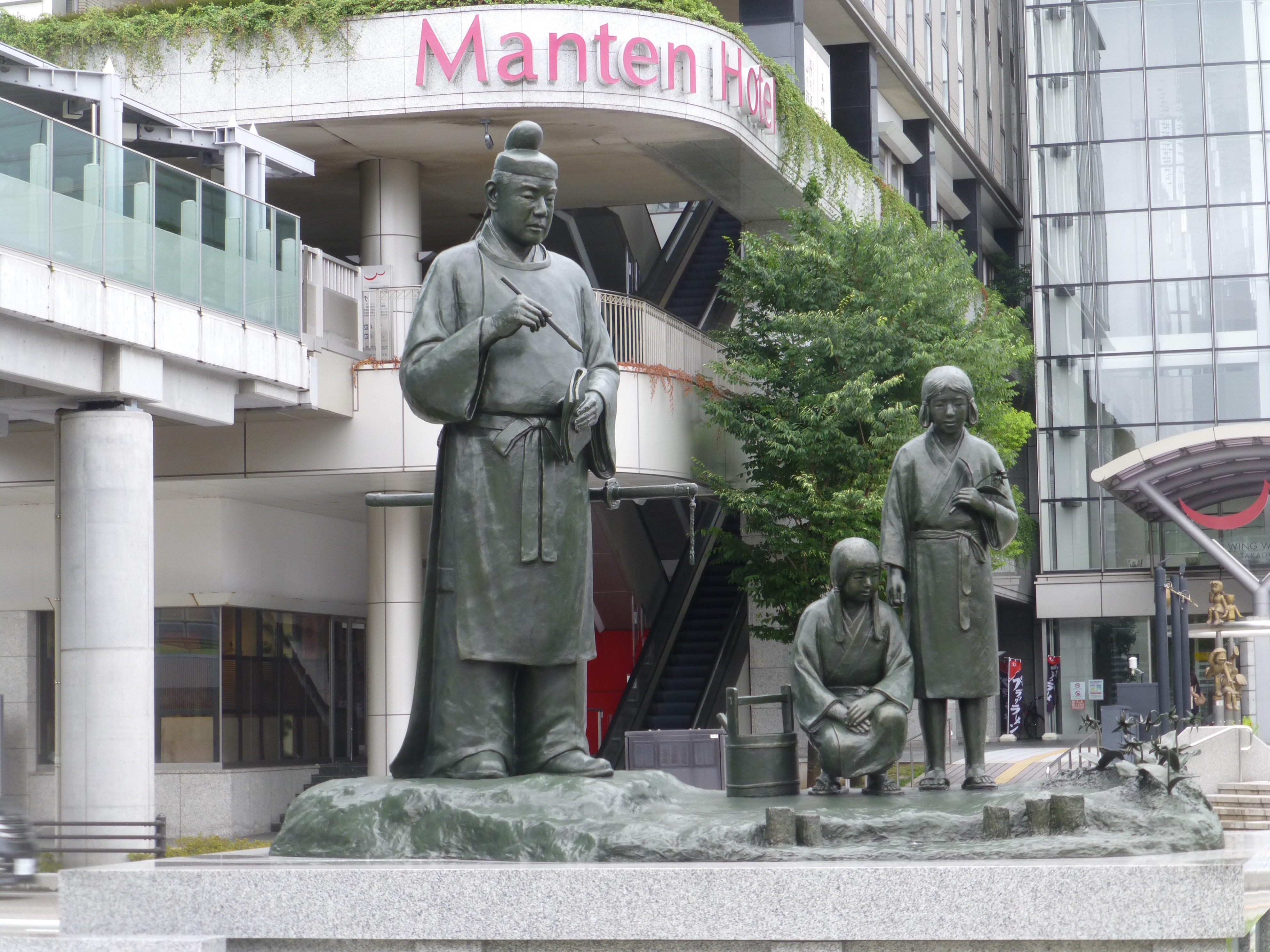 This July, I visited the city of Takaoka, as part of a research project into the plants and poems of the Man’yōshū. The Man’yōshū (‘Collection of a Myriad Leaves’) is Japan’s oldest and largest poetry collection, having been put together by Ōtomo no Yakamochi (c. 718-785) at some point after 759, and containing approximately 4,500 poems. Of these, some 1,500 refer to one or more of about 150 different species of plants, making botanical imagery one of the key features of Man’yō poetry, as in Yakamochi’s:

My springtime garden
Glows scarlet
With peach blossom
And on the path, lit with colour
Appears a maiden.

Modern Takaoka stands on the site of the seat of the Governor of the province of Etchū, a post which Yakamochi held between 746-51, and a number of his poems, including the one above, refer to his time there. The city is proud of its Man’yō links, and Yakamochi’s statue greets new arrivals as they emerge from Takaoka station to take the Man’yō streetcar line elsewhere in the city. In particular, visitors head for the nearby Amanoharashi coast, which Yakamochi visited with some friends to compose poems after a particularly lengthy gubernatorial banquet, but which gets its modern name from another major historical figure, the great warrior, Minamoto no Yoshitsune (1159-89), who paused there briefly in 1187 and waited for the rain (ama) to clear (harashi). Takaoka is also the birthplace of Fujiko F. Fujio, the creator of Doraemon, Japan’s most popular blue robot cat from the future, and statues of Doraemon, Nobita and his other friends seem to race towards Yakamochi at the station.

History tells us that Yakamochi was a plotter with a sense of humour. I think he’d feel fellowship with those who followed in his footsteps, don’t you?