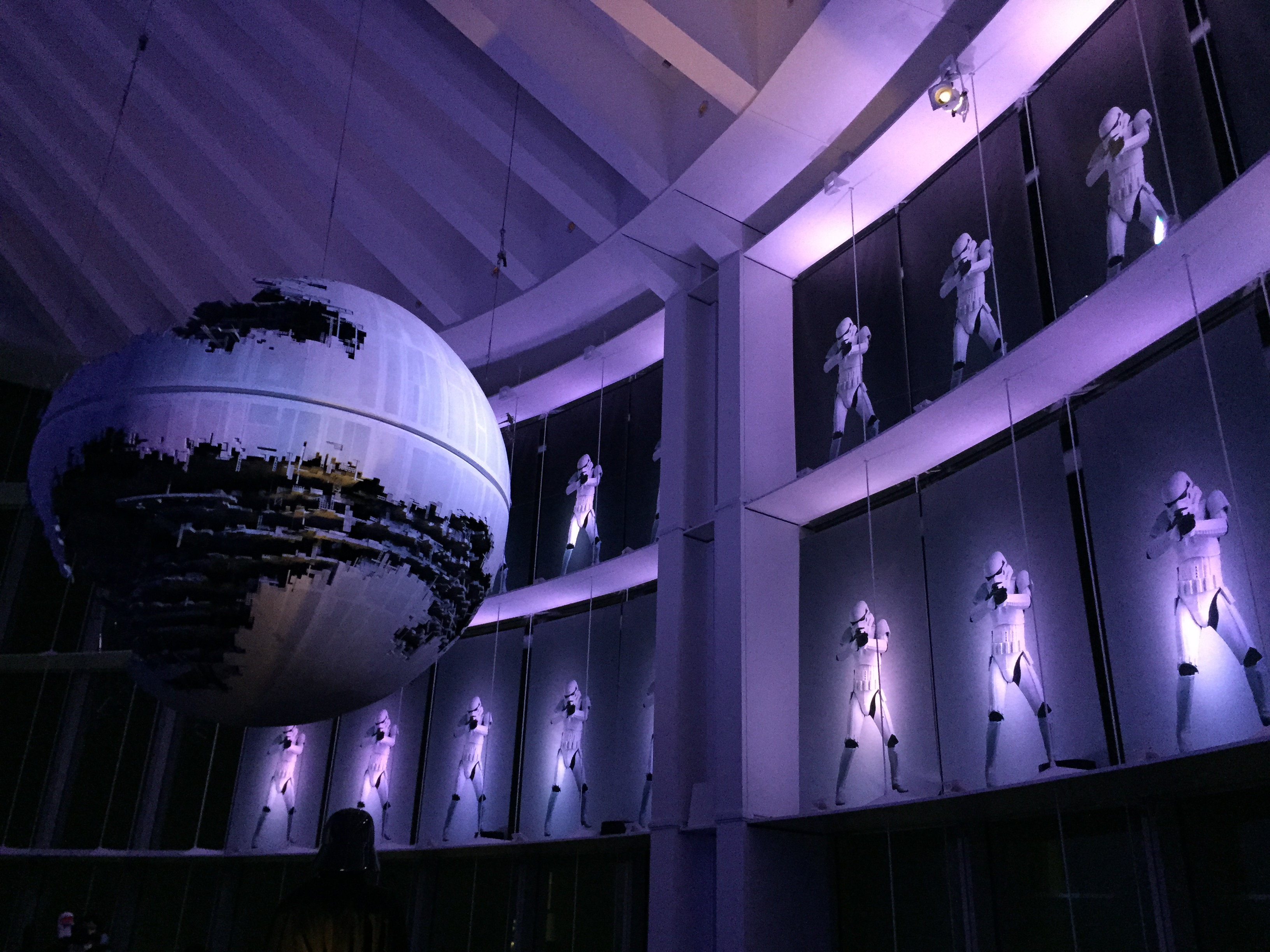 This year is Star Wars year. The build up to the release of Episode 7 is massive. I have long been a fan, and living in Japan I always enjoy learning more about the Japan connections: Jedi from jidai (as in jidai geki, or period drama), Darth Vader’s helmet modelled on samurai armour, the droids comic duo (R2-D2 and C3P0) modelled on characters from Akira Kurosawa’s film The Hidden Fortress, and so on.

I went to the Star Wars Visions exhibition at the Tokyo City View, Roppongi Hills, Tokyo. A great selection of paintings, memorabilia, costumes and models, and there are plenty of opportunities to spend vast amounts of cash on having your photo taken with Darth Vader or in the gift shop! Recently I rewatched a documentary about the making of Star Wars and one of the key points Lucas made was how he wanted to keep hold of the merchandising rights. The story of how Lucas changed Hollywood is almost as interesting as the story of Star Wars itself.

There was another big exhibition at the same time at Tokyo City View (about Naruto), and in Sapporo there has recently been a big exhibition about Detective Conan. It seems as if there is no shortage of fan exhibitions for people to go to. Looking forward to seeing postcards from people who have been to some of the other ones.