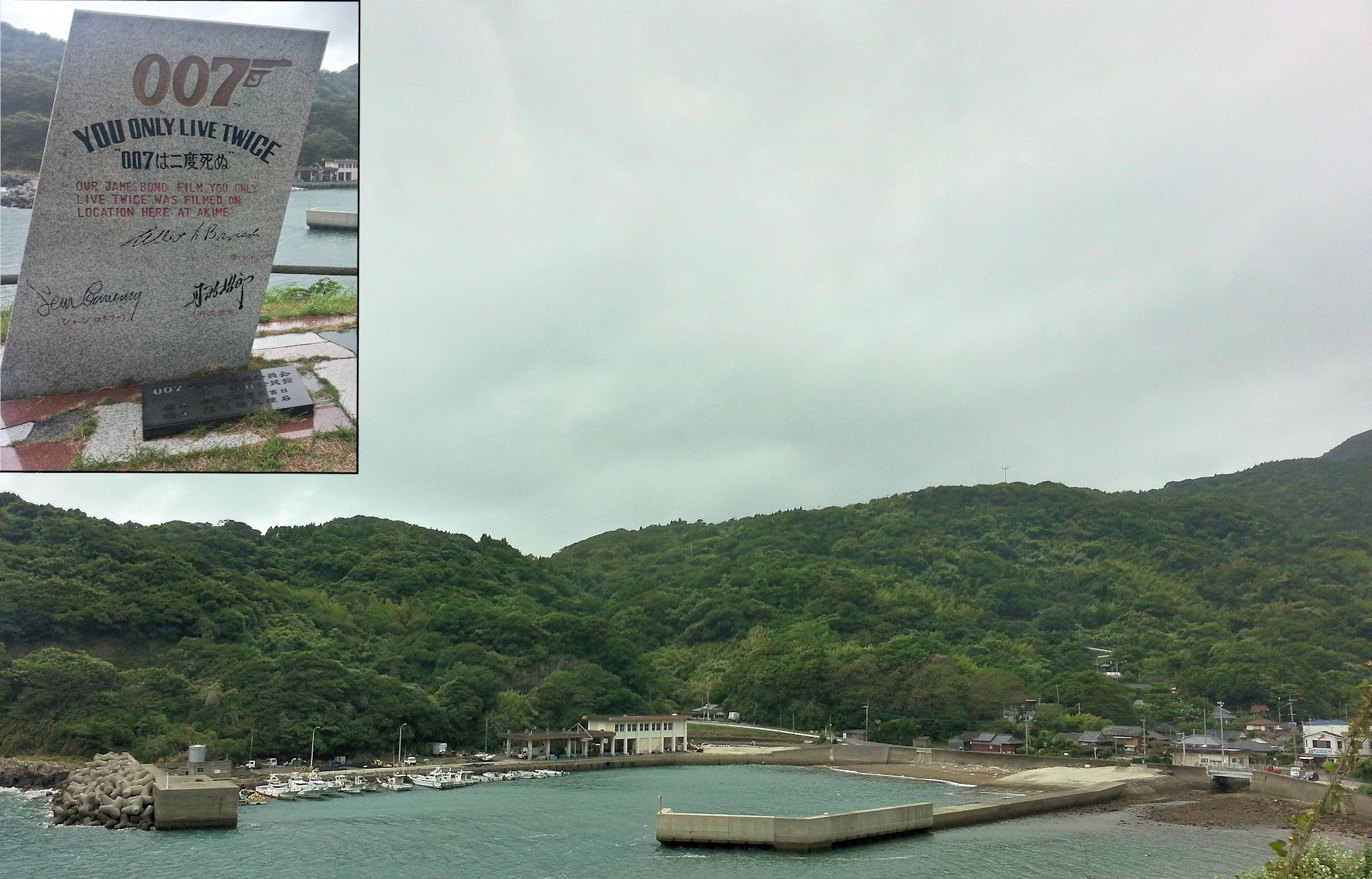 If you have seen the James Bond film You Only Live Twice (Gilbert 1967) you will have seen the small village of Akime, in Kagoshima prefecture. Today it is relatively easy to visit due to the ease with which Kagoshima can be accessed by plane or shinkansen. After that it is easiest to take a car. There is no regular bus service. Akime is actually a part of Minami-Satsuma city, but is some 23km from the city centre. Akime is recognisable from the film that was made over 50 years ago, although the wooden pier has been replaced by a concrete structure, the road is now tarmacked, and there is a more developed area for mooring boats protected by a wall and tetrapods. But the village itself barely seems to have changed. Many houses seem to be uninhabited and there are signs that it is only vegetation and wild animals that live here.