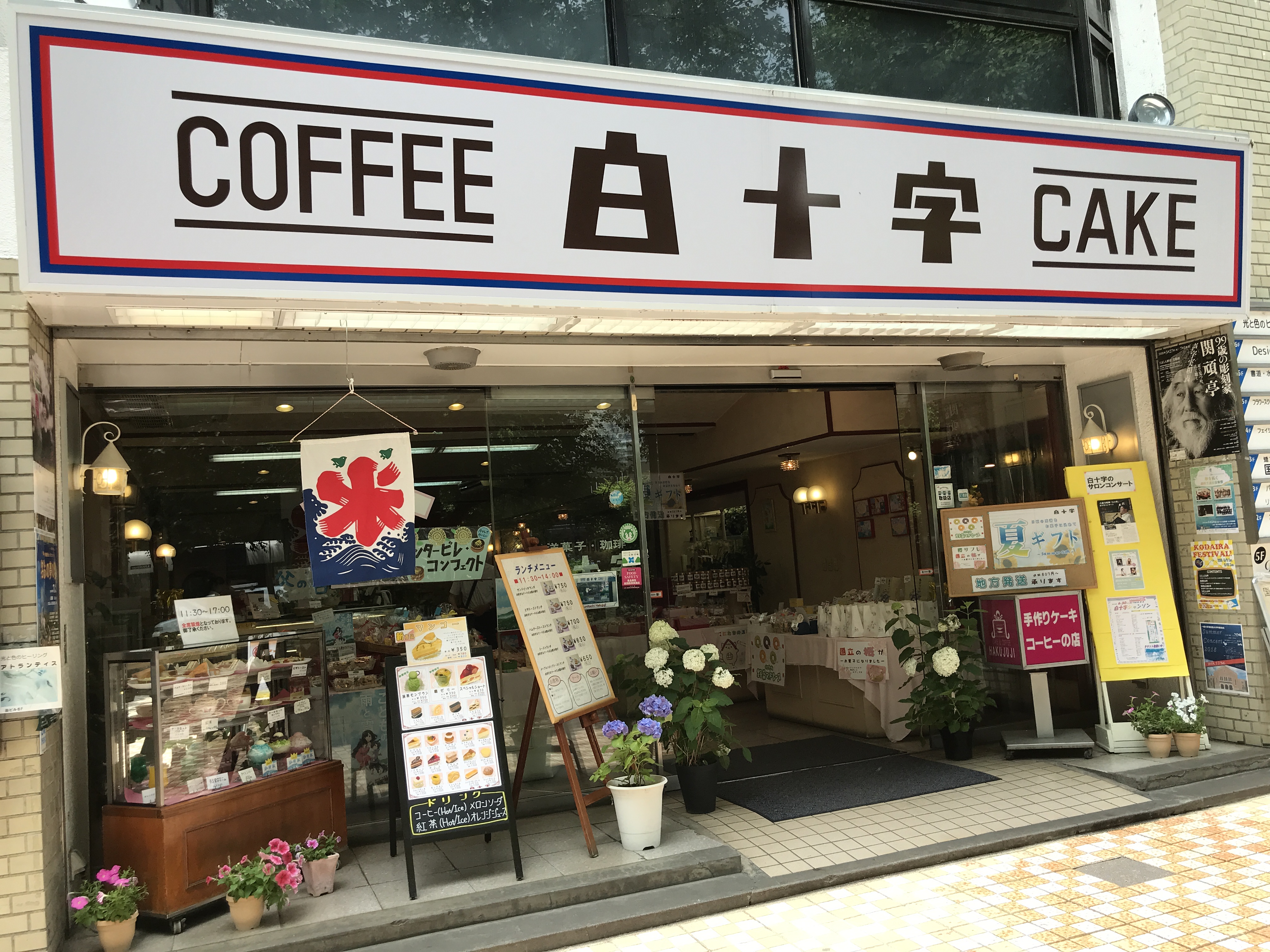 I would not have thought that the same city I spent my Doctorate education would also be a site for Mamoru Hosoda’s 2012 anime Wolf’s Children. Hakujuji Café, was an ordinary café that I would pass as I walked from the university to the train station. The anime briefly showed the café in the background as the main protagonist, Hana rushed to hug her partner, who happened to be a werewolf.
While there were no scenes shot inside the café, I walked inside, looked at the menu and imagined what would the couple have ordered. What caught my attention was the lunch sandwich set which included six slices of sandwich, a dessert and a drink for the price of 750 yen. The price was cheap enough, and the allowed for a couple to share the order. The staff mentioned that I could choose any dessert from the showcase except for the most expensive one. I imagined that the couple would have took their time deciding of the dessert they would share. Since it was a warm day, I ended with the seasonal plum jelly which had a beautiful design and large enough.

After finishing my meal, I walked out of the café, and headed to another site, Hitotsubashi University, where the couple first met.