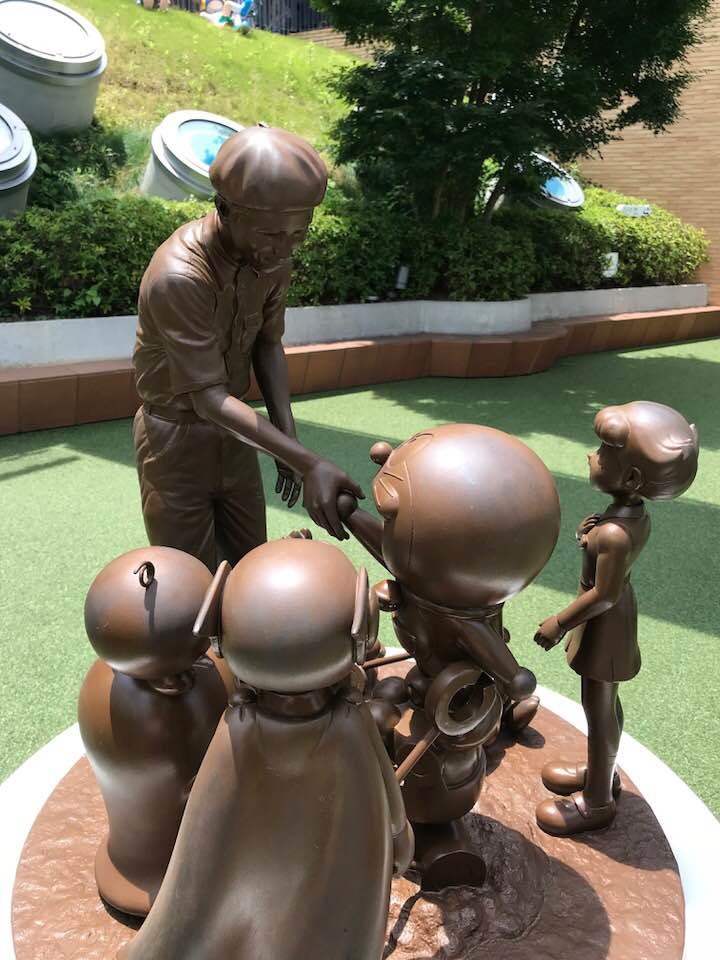 I am very happy to have the opportunity to go to the tourist attraction and to enjoy it from the tourist perspective. After a 1.5 hour journey, I arrived at the Fujiko F. Fujio Museum which is familiarly called Doraemon museum. During in Doraemon museum, visitor may enjoy Fujio sensei’s work exhibition, also enjoy an outdoor exhibition area, Fujio’s sensei work desk, and Doreaemon movies.

The 15-minute film tells about the Kingdom of Umeboshi and Doreamon. The king, queen, crown princess, and two servants are stay on earth after learning that the planet had been destroyed. On the independence day of the Umeboshi Kingdom, the king wanted to buy a property. But what is the money of the kingdom there are only 300 Yen.

Then, Doraemon suggested the royal family began to make tourist destinations. Doraemon’s idea initially made Suneo and Giant feel cheated. Because, the trip overseas is only a visit to the house inhabited by Umeboshi royal family. “It is a SCAM! We want something unique, something unusual to see!”, shouted Giant. Worried about his customers leaving, the king and queen then he story of Umeboshi’s in live performance. Unexpectedly, Suneo and Giant got interested. They photographed the live performance, spread it to other people and its getting viral!