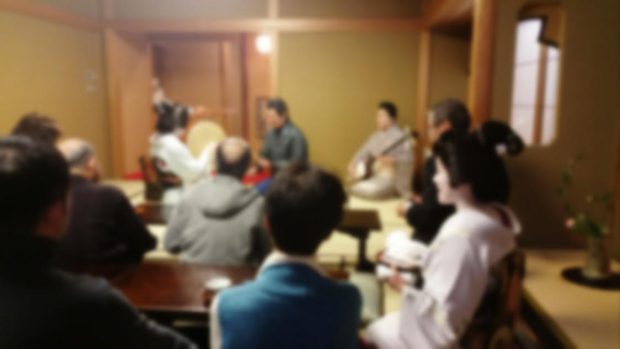 I had the opportunity to travel to the city of Kanazawa this past winter, and participated in an open-house tour of a historical tea house operated by a group of geisha. A traditional profession, Geisha have been portrayed as a cultural symbol of Japan in cinema and anime. Perhaps for Western travelers, the most famous is the Hollywood movie Memoirs of a Geisha, whose main characters are ironically played by Chinese actresses. On one hand, the popularization of the geisha image promotes travel to Japan, as this profession seems mysterious and attractive for many. But on the other, it is very sad to see geishas objectified.
It seems travelers are not so much concerned with the true person underneath the heavy makeup and costume, but the makeup and costume itself. When I was at the tea house, I could feel their hospitality just like what I received at any other hospitality venues like restaurants and a hotels in Japan. In fact, the actual duty of a geisha is to provide entertainment and service to her guests. But over the years, they have become an object to see.
I myself also love to experience Japanese traditions and history through the eyes and actions of a geisha. But I also want to advocate for more respect from travelers towards geisha, because they are ordinary people just like us after all.

(Editor’s note: the photo has been blurred for reasons of privacy)