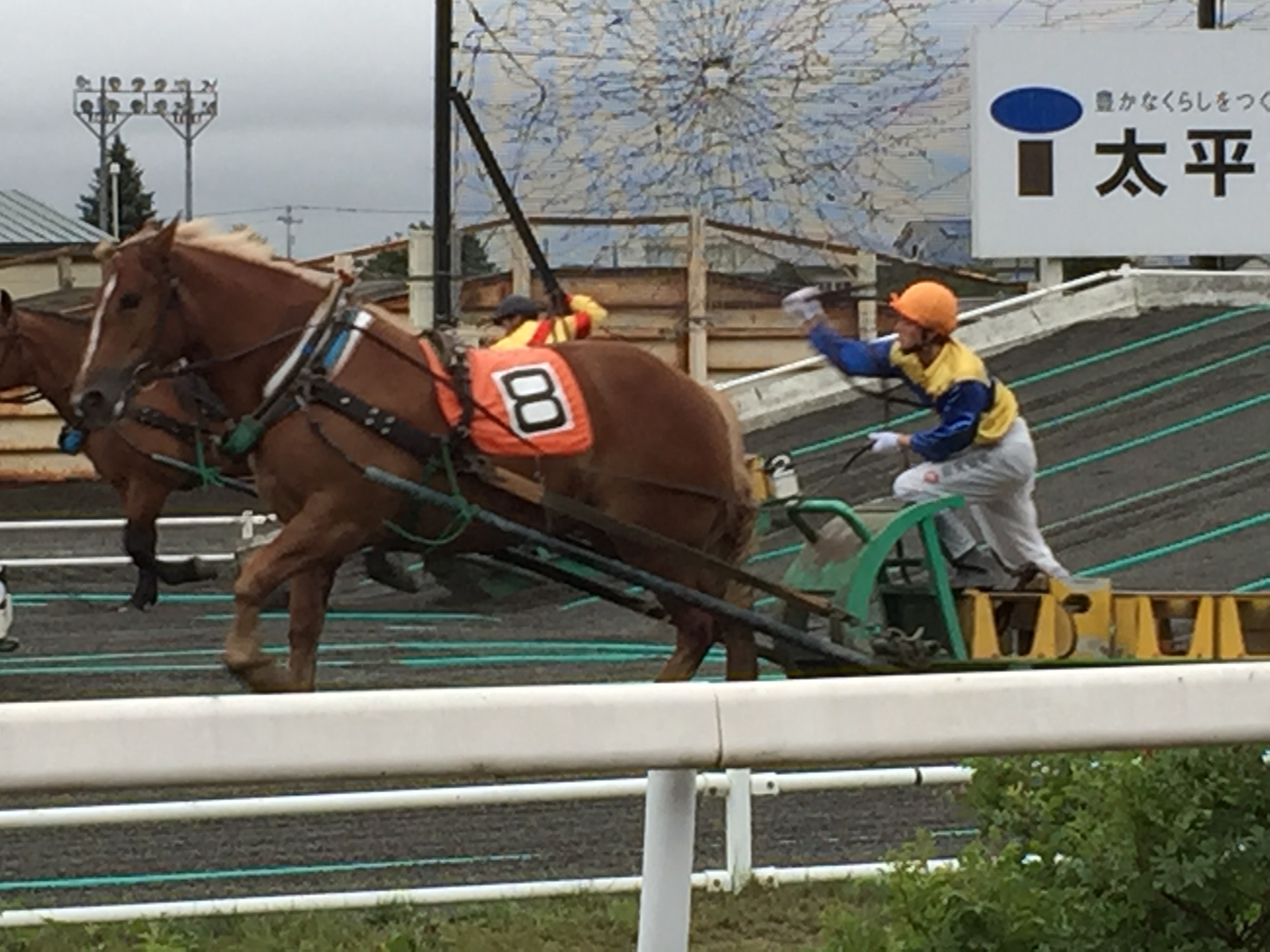 As part of my Silver Spoon-inspired tour of the Tokachi-Obihiro area of Hokkaido, I took in the unique form of racing called Ban’ei. Huge, muscular horses pull heavy sleds along a linear sand track with two “hills” (ramps). Jockeys spur on their horses from the sleds that sometimes weigh upwards of one ton. Ban’ei horses are unlike the sleek and speedy ones of conventional flat races, but they are certainly impressive in their own way.

This form of racing emerged during the colonization of Hokkaido in the Meiji era (1868-1912) when colonists from Japan entertained themselves by showing off the prowess of their workhorses, which were used to open land, plow fields, and haul produce and goods long distances. The popularity of this form of racing has long been waning, but there was renewed interest when Arakawa Hiromu featured it in her award-winning manga Silver Spoon. The race scene was prominent in the anime and live-action film versions as well. Due in part to Silver Spoon’s popularity, this form of racing, which seemed destined to die out, has taken on new life.

I was unsure whether Ban’ei racing would be exciting since speed is not the name of the game. However, I found myself caught up in spirit from the beginning when they paraded the horses in the paddock. These powerful animals—with their overpowering size and strength—are awe-inspiring. When the races started and I could see the horses’ bodies in motion, it was obvious how hard they were working. I bet a few hundred yen and enjoyed rooting for my picks. I lost all my money, but it was an afternoon well spent.