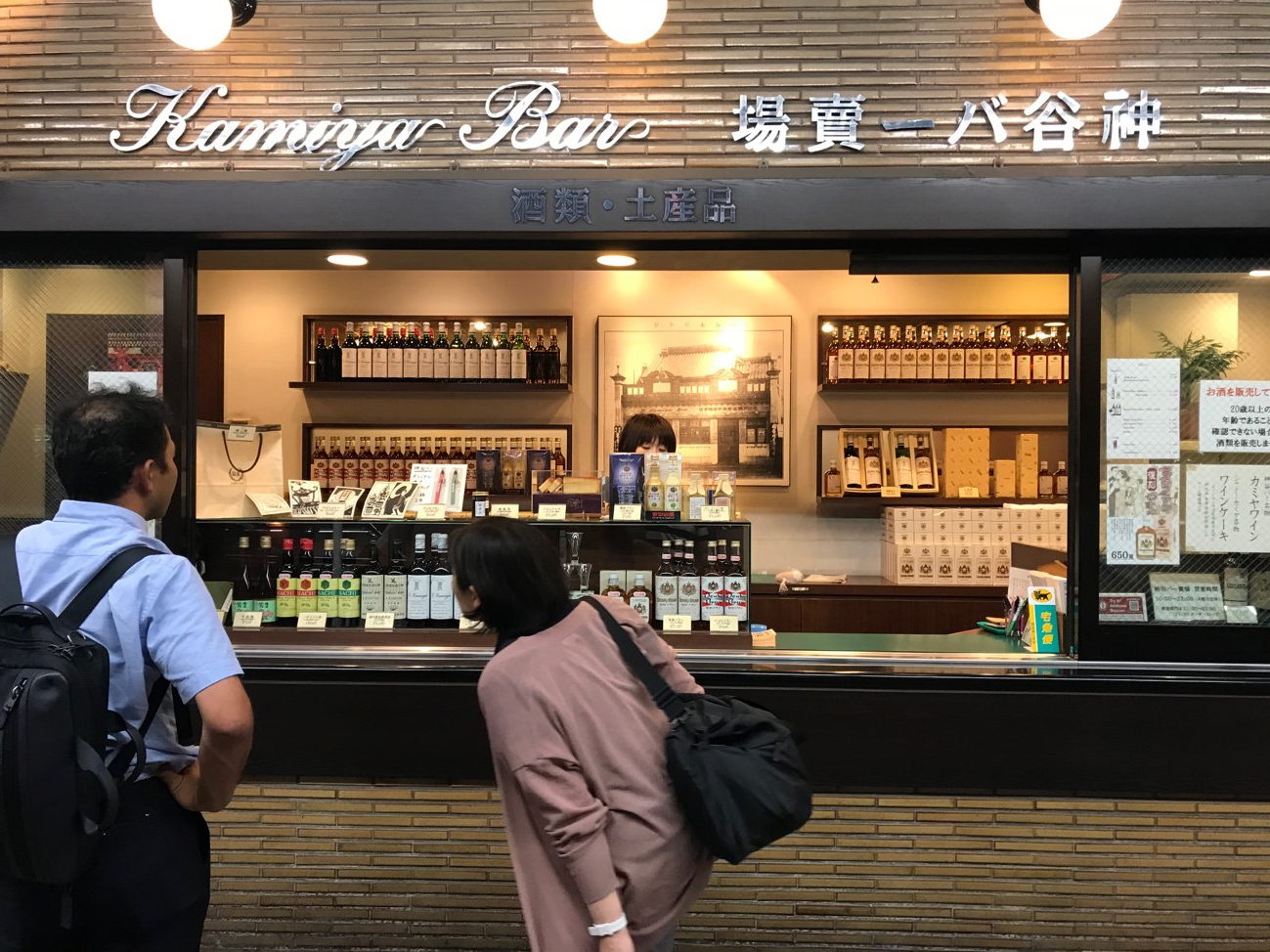 In the Asakusa, there is a bar named Kamiya bar, one of the oldiest bar in Japan, from Meiji era, 1880. The famous cocktail of the Kamiya bar is Denki Bran, means eletric brandy. The origin of the name Denki Bran is unknown, but it is expected that electricity at that time was high-tech, and brandy was also new drink from the West, so Denki Bran was made for expressing high tech.
Denki Bran appeared in my favourite contend many times. Ningen Sikkaku (No more human) by Dazai Osamu, Yoru wa mijikashi Arukeyo Otome (Night is short walk on girl) and Uchoten Kazoku (Eccentric family) by Morimi Tomihiko. So I was always curious taste of the Denki Bran with its interesting name.
I went to Kamiya bar 9 June, 2018, and finally I drank Denki Bran. It was quite stong and had a good scent. When I took a sip, the scenery of the novel was recalled in my head. In the bar, I felt and travelled contents with the Denki Bran.