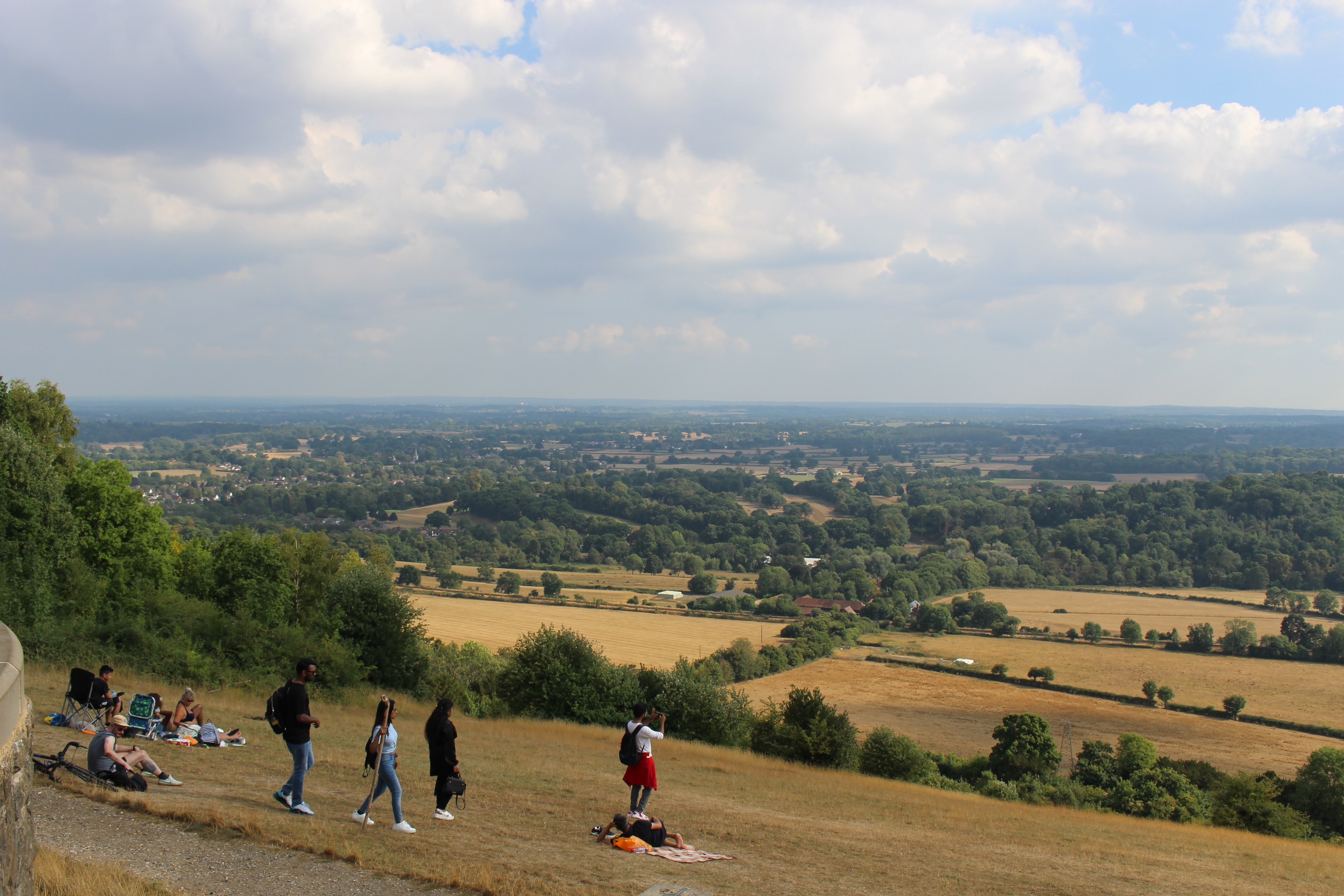 This is Box Hill. It has a lovely view over the countryside in Surrey, southern England. It is more than three decades since I last visited this place. When I was a child, my grandparents lived very close to Box Hill and it was a regular weekend outing. So, it was a real trip down memory lane to head up to the observation point once again and look out over a familiar place from my childhood.

What I was not aware of when I visited the place back then was the connection to Jane Austen. Austen visited Box Hill because she had a friend who lived nearby. She included Box Hill in a scene in the novel Emma. However, it seems that on at least a couple of occasions, nearby Leith Hill rather than Box Hill itself has been used as a filming location for a screen adaptation of Emma (see this site). One wonders why this might be the case, but the usual explanation in such circumstances is the intrusion of the modern world into the location. For example, a train line clearly runs across the view at the bottom of Box Hill today.

My trip to Box Hill could hardly be called “contents tourism”. My reason for going had nothing to do with Austen, and it was solely to take a trip down memory lane from my childhood. But, in retrospect, having that “Jane Austen was here” thought along with the questions about why a scene from Austen’s novel could not be filmed in the exact spot epitomise for me how contents tourism issues can still pop up and make one’s day just that little more interesting …